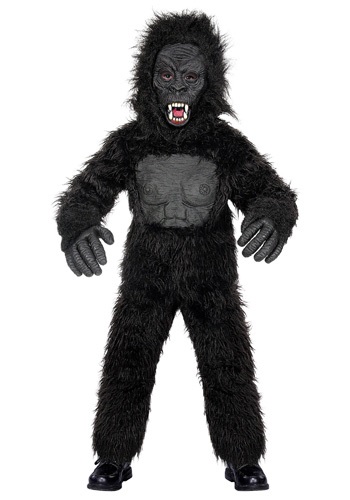 WHAT IS WRONG WITH DONKEY KONG!?You know those Snickers commercials where folks are just crazy wrong in the head, wrecking stuff or angry, confused and lost... just generally not themselves?  Well, we're beginning to think that Mario needs to get some kind of candy bar oriented super power-up to help things out because our happy monkey man is having some serious sugar cravings! Admittedly, when you start your fame out by kidnapping gals and then chucking barrels down the girders, maybe folks don't expect a whole bunch out of a guy.  But, he's come a long way since that time.  Helping out the family... getting his driver's license... not kidnapping girls and throwing barrels at people?  But, if you take a look at him today... well, he's looking a little more like King Kong instead!  FUN DETAILSNow, we're not saying that tantrums should be rewarded, of course, but we're pretty sure that our big buddy just needs a little sugar to get back to normal.  Perhaps you can help your Scary Gorilla Kid with a little trick or treating and maybe things can get back to normal.  In the meantime, just take a look at this black, fur covered jumpsuit.  The molded vinyl chest gives that great thumbing sound whenever it's time to do a roar and the face shows similar serious detailing.  Fine work and everything, but he's pretty scary this way!THE CANDY BAR CUREMaybe some scary gorilla antics are okay for a while, but hopefully, we can get some sugar in that kiddo of yours and that gorilla will go back to monkey and things can calm down a bit!  That's the hope because, in the meantime, Donkey Kong is seriously losing out on the tournament spot!  And, we've got some serious bananas riding on his victory!

Here are some other products related to Scary Gorilla Kids Costume