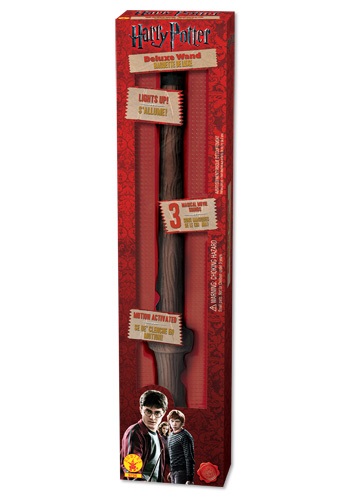 There are countless spells in the Harry Potter universe, each more useful in day to day life than the last. Take the Jelly-Legs Jinx for example, an appropriately named incantation that renders its target’s legs useless for a while. This would be very handy in the NFL, with teams spontaneously making their opponents’ placekickers’ legs worthless just before field goals. Cheating? Yes, absolutely. Entertaining? Equally so. Can you imagine casting Expulso on your teacher’s coffee mug just before she took a sip from it? She’d have to see the humor in being blown right through the wall behind her, and she’d never give you a failing grade again. Imagine being asked to take care of hard to reach house plants -- one blast of your Aguamenti and they’d never get thirsty again. But don’t try to hit us with the Hair Loss Curse, because we personally already went bald the natural way years ago. Take that, magic! If you want to get out there and start experimenting with all those fun and terribly destructive spells, you’ll need a wand to do it. Try our officially licensed Harry Potter Magic Wand, a fun toy wand that lights up orange at the tip and makes three different magical sounds. It’s just the thing you need to cast Repello Muggletum, Tarantallegra, Wingardium Leviosa, or any number of other handy incantations.