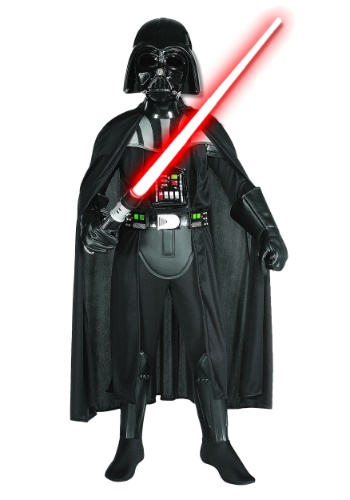 Are you raising the next Sith Lord? You need to teach him the ways of the Dark Side and you need to equip him with an outfit befitting of Sith. This Child Deluxe Darth Vader Costume recreates the suit of the most fearsome force-wielder that the galaxy has ever known! The kids costume comes with everything your child needs to begin his new role as enforcer for the Galactic Empire, including a cape, mask and deadly attitude. Once he has it, all you need to do is teach your kid how to use a lightsaber and how to talk with a scary James Earl Jones voice.