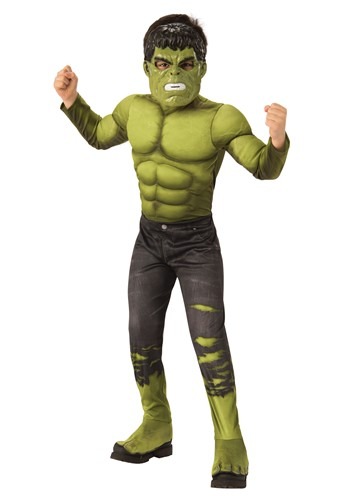 THE EVER-CHANGING HULKThey say that the gamma radiation that poured into Bruce Banner could viably let him grow to a practically indefinite size. He grows larger and larger to deal with the growing adrenaline from his mighty anger. (Though, guilt has been reported to get him even bigger!) Lucky for all the baddies that have attacked Earth that they never got to experience the 120-foot tall frame of the Hulk when he completely lost it! Fortunately, Bruce has been working on his self-control. Between that smoldering cool-anger and comics telling us that he could even find a way to blend the proverbial Hyde with his Jeckle and the self-care that Hulk has been doing for himself, we could see a Hulk who manages to do his job with a much smaller frame! (Won't that be a nice change for the lab and all that expensive equipment that keeps getting blown across the room whenever he sneezes!?) PRODUCT DETAILSLet's see just how much control the Hulk might have when you give your kiddo this Incredible Hulk costume from Avengers: Endgame. This officially licensed jumpsuit features all the detail of the Green Guy's musculature as well as the proof that his tailor will never go out of work! Perhaps the grumpy looking mask doesn't show the Hulk in that super calm mindset... but maybe your kiddo will enjoy calling out the old Hulk smash! even if our Gentle Hulk isn't quite feeling in the mood these days. THE LITTLEST GREEN GUYWhen your kiddo climbs into this Incredible Hulk costume, we'll finally know just how adorable and ferocious the Hulk could be when his size goes the other way. We like to imagine this is what happens when Banner starts really experimenting with Ant-Man's gear! For all we know, this is what happens when Hulk gets really mad in the Quantum Realm. (Hmm...)